As a huge fan of the TV series Grimm, I’ve been looking for a Blutbad Costume for my husband to wear for Halloween this year.

Dress As A Wesen In A Blutbad Costume

So far, I haven’t found one that is complete and licensed which means I’m going to have to pull some things together and make one from different sources. That is just fine with me because I actually think those types of costumes are the most fun to wear. I’m thinking that it should be relatively easy to come up with the different components to have my dear hubby look like he is a blutbad from the Wesen (pronounced Vessin) world of creatures.

A Wolf Mask Will Work In My Blutbad Costume 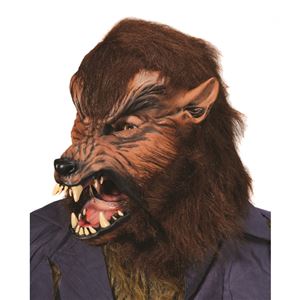 Fans of the show know that the Wesen Blutbad is similar to a wolf. It is not a werewolf, but a wolf like creature with human characteristics. The Blutbad can be male or female but for today’s search, I’ll be going for a male. I think the wolf mask above looks pretty good to begin the costume with showing the blutbad in his woged state. A Wesen can look like a regular human until he woges (VOH-gas) which means he or she is no longer hiding their creature spirit identity. Not all humans can see them in their woged state but a Grimm can.

My husband would not sit still long enough to apply makeup, so we will go with the mask. However, if you prefer makeup, I did find a cool video that shows one option to do wolf makeup for your Blutbad costume.

Clothing choices for A Blutbad Costume

The clothes for our blutbad are pretty simple and can be pulled from the closet. I plan to get one of my husband’s raggedy old flannel shirts that he refuses to through away. One that is either already ripped in some places or one that I can rip up just a little. I will have him put a t-shirt on under the shirt that we can smear ashes or dirt on. Then a pair of his jeans that are the most worn, a pair of boots and the clothing is finished. I think this will make him look the most like our favorite blutbad, Monroe. If you watch the show, you know that Monroe is a great guy who is actually a Wieder Blutbad. That means that he is a reformed wesen who no longer feeds on a carnivorous diet; he practices a vegan lifestyle.

Finishing Touches For Our Blutbad 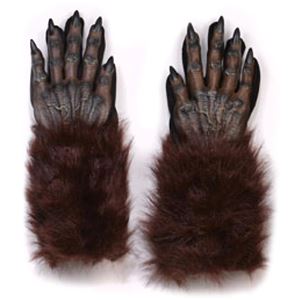 I really think that the finishing touch needs to be a pair of furry gloves like the wolf hands. Those are pretty easy to find but they probably won’t be called blutbad gloves/hands. I found these under werewolf so if these don’t work for you, that is where you can find other options.

Well, that is my plan for my husband’s blutbad costume this year. The only things I will need to purchase are the mask and gloves so that isn’t too bad. The fun thing is that he will then have a few pieces to use in following years to dress as a werewolf if he wants to. We are huge fans of recycling costume parts in our house.

The articles on this site generate income for me, the writer, based on affiliate relationships with CJ.com, Share a Sale and other affiliate programs.

FancyCostumeMadness.com is also a participant in the Amazon Serv. LLC Associates Programme, an affiliate advertising programme designed to provide a means for sites to earn advertising fees by advertising and linking to Amazon.com.

The site, products and services are all directed to people who are at least 13 years old or older.

Where To Buy Fancy Dress Costumes

Halloween Costumes is a fancy dress online store that ships internationally. They offer one of the largest collection of party outfits. They also specialize in decorations, party props, animatronics all dedicated to Halloween.

They offer different sections for you to find the best deal: from costumes to buy to rental.

Light in the Box is your supplier for inexpensive cosplay fancy dress costumes. From video games to movies, from Lolita dresses to onesies, from sexy to anime costumes, you are surely going to find the one that meets your needs.